We all have our museum bucket lists–places that we desperately want to visit.  Sometimes, it’s because of an admiration for whoever’s home it was. (See Louisa May Alcott’s Orchard House). Sometimes it’s due to its place in a favorite book (See Green Gables). Sometimes it’s because you admire the work that they’re doing (See the Pittsburgh Children’s Museum). Sometimes it’s amazing, grandiose architecture (see Biltmore). Last week, I got to cross another museum off the list: the birthplace and home of Juliette Gordon Low in Savannah.

Yes, as a matter of fact, I was a Girl Scout.  I was part of the very first group of Daisys (for kindergarten age girls), and my mom was our leader.  Like many, our troop fell apart in Junior High, but I continued to be a member, helping out with some younger troops that met at our church.  I never pursued the Silver Award or Gold Award, but I kept my membership up through graduation.  And through all of that, I wanted to visit Savannah and see Daisy’s house.

It was pouring rain when we arrived, so the carriage house was pretty crowded.  We were a group of 5 (my parents, myself and family friends D&S), and only mom and I were looking forward to the tour. D&S kept asking “Now, it’s not just a big museum about Girl Scouts, right?” And I kept saying “It’s a beautiful historic house that was the founder’s home.  So yes, there will be stuff about Girl Scouts, but it’s also a fancy house tour in Savannah.” (they really wanted to see fancy houses). When the next available tour wasn’t for an hour, the companions weren’t happy at all. So I went back to the ticket desk and asked if we could move our tickets to the next day.  We couldn’t but she happily gave me a refund.

Historic House Win #1: The staff at the front desk was incredibly gracious, helpful and nice.  Even though I was totally “that customer.” And this continued throughout all of our interactions with various staff members.

After all this, mom and I told the rest of the group that we were absolutely fine if they didn’t join us the next day on the tour. But that we were going No Matter What. At the last minute, they decided to join us.  The next morning, we headed back and were able to get tickets on the first available tour. We had a little time to kill, and D&S walked the neighborhood while I chatted with the director, Lisa.  She and I were on an IMLS panel review last summer, and she had taken the job at Low about six months ago.  I don’t know her super well, so was hesitant to say to frontline staff “Hey, I know your director. Is she available?” But I’m so glad we did!  We got recommendations for afternoon activities and dinner, plus it was good to hear more about the behind-the-scenes. Lisa mentioned that she came into an organization with an incredible team that was ready for change–and this became even more evident as we met more of her staff.

I knew the tour was off to a great start when the guide, Michael, asked our group “How many of you are Girl Scouts?” Most raised their hand. And then he said “This is your house.” And that was fundamentally the attitude throughout the tour.

Historic House Win #2: The museum clearly approaches their visitors with an attitude of trust: there were no ropes or barriers. On the second floor, we were allowed to wander freely after hearing the basics. It was incredible. 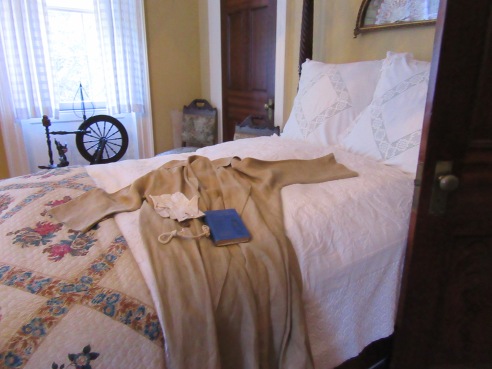 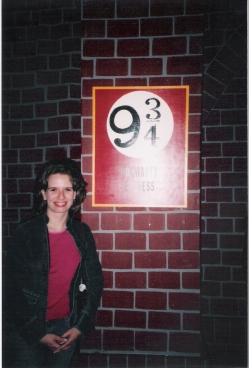 Historic House Win #3: Though the kids and their questions came first, there was a wonderful balance for everyone in the group. This is so hard to do, and I applaud them for it. D&S were dreading going on a tour with a troop of Girl Scouts, but they later said that part of what made it so special was the presence of the kids.

Historic House Win #4: It felt like a real home. Part of it was that so many of Daisy’s things are still in the collection–and she had a pretty strong personality! And of course, part of it was the lack of barriers. But again, it was also the attitude of our tour guide. He asked if anyone would like to play the piano in the formal parlor. No one raised their hand, but then we asked if he would play for us (we may have been told to do this by his coworkers). And he sat down and played, and it was one of the most magical moments I’ve ever had in a house museum. 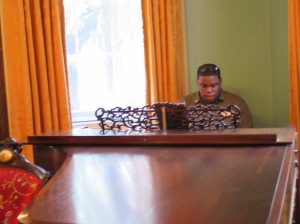 Historic House Win #5: They aren’t afraid to play with tradition. About a year ago, they transformed the library into a hands-on learning space. It includes some real artifacts, but the centerpieces is this amazing table filled with lots of different activities. Of course, I’m a sucker for anything to do with books, so I fell head over heels in love with the space. It’s the last stop on the tour, so you can spend as much time as you like in that space. The girls on the tour seemed to love it too–and they were still there long after we left. 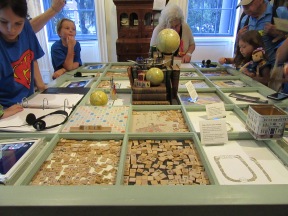 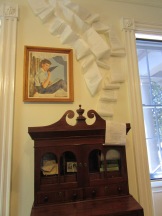 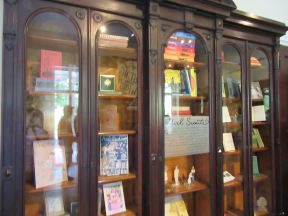 This historic house museum was on my bucket list because of my childhood admiration for Juliette Gordon Low.  I had no idea how much it would inspire me today, in my grownup career as museum director. It is truly one of the best house tours I’ve been on in a very long time. Three cheers for the Girl Scouts! 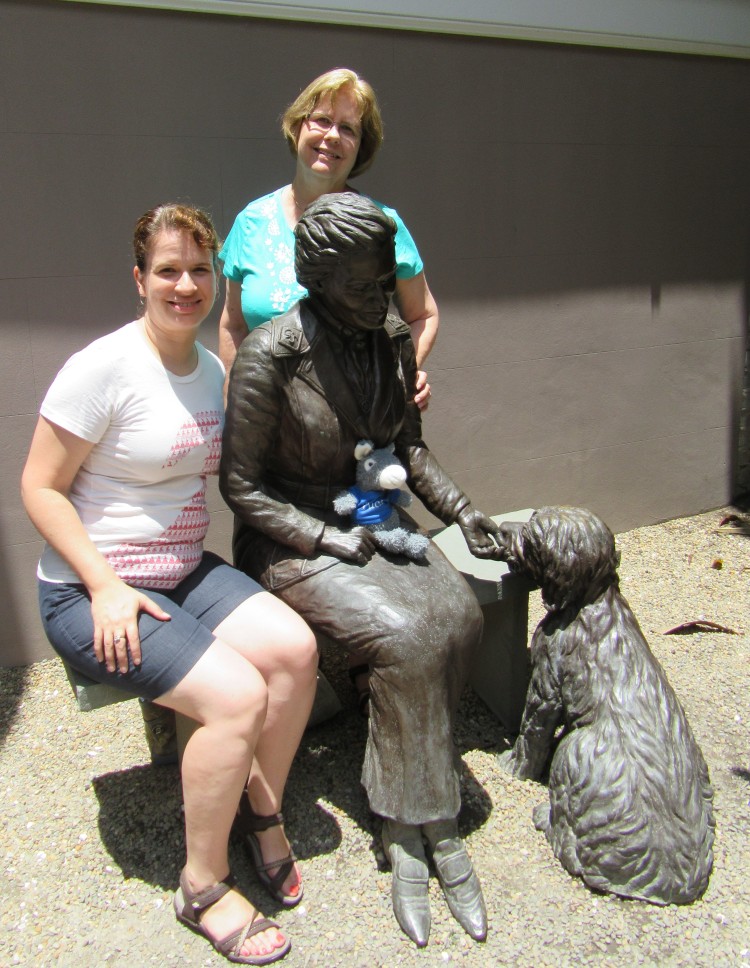 13 thoughts on “A Historic House Museum Doing Everything Right”